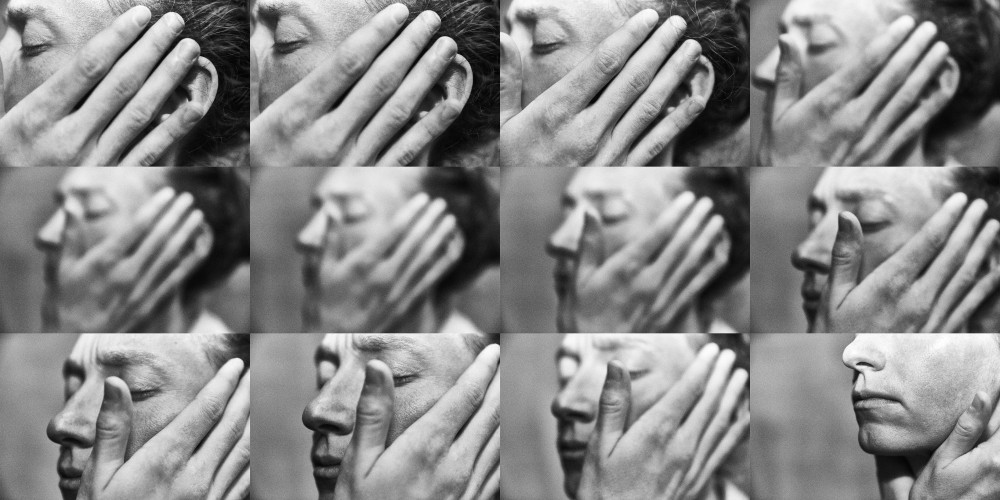 TEMPORARY COLLECTIVE is a platform led by two figures of contemporary dance and theatre – Petra Tejnorová and Tereza Ondrová – who combine their interest in crossing and interconnecting various genres, as well as fields, always with the aim of offering the viewer an unusual experience on current topics. Their works include You Are Here (the Audience Award at the Czech Dance Platform in 2017), SAME SAME and LET'S DANCE! The first theatrical production of the newly formed platform is the live-cinema production Putin's Agents, which can be seen at Jatka 78.

As the name itself suggests, the performance will consist of duets, i.e. two bodies, two people as a minimum for the establishment of a community. In an age of individualism and loneliness, the creators decided to explore ways to meet, to communicate without words. How to be together when we come from a very different environment and context? What does it mean to understand one another nowadays? Together with dancers and performers, people who have never been on stage before meet in the PONEC Theatre. Duets arose in an unconventional form through workshops in which performers and dancers Tereza Ondrová, Viktor Černický and Sai first met a person they did not know before the workshop. The meetings were based on a simple script. The participants of the workshop were both actors and witnesses of these meetings. Each duet also examined our ideas and prejudices, as well as our ability to perceive closeness and sympathy. The meeting between two strangers focused on mutual attention and the present body. The performance of duets is based on minimalism, the resulting writing of movement on simplicity, but also on the coincidence that will arise among those people that evening. It is a portrait of people and their relationships happening directly in front of your eyes.