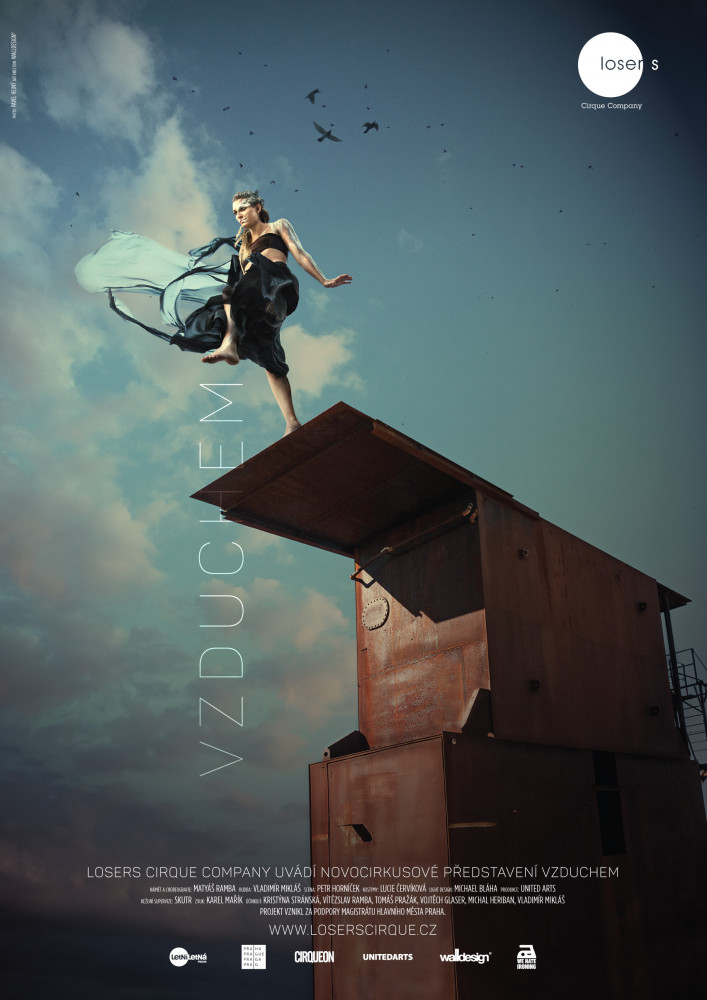 Actors: Kristýna Stránská, Vítězslav Ramba, Michal Heriban, Tomáš Pražák, Naim Ashab A dance-acrobatic show based on a book by Richard Bach “Jonathan Livingston Seagull”. The creators of this performance was inspired by the main plot of the book, the seagull surpass himself thanks to his passion for flight, learning everything he can about flying and than encouraging others to do the same.
Premiere: 23. 8. 2018
The audience will witness a path of a man who wants something bigger than everybody else, who’s full of passion for flight. Thanks to the fire and determination the man is able to push the limits and move the boundaries of what he can or cannot do. The main character in  this performance is not afraid of failing,  he keeps trying new techniques and discovers what his body is capable of. He jumps and falls, again and again.

The premiere was in August 23 2018 at Festival Letní Letná.